Good afternoon officer. Would I do something this stupid if I was sober? 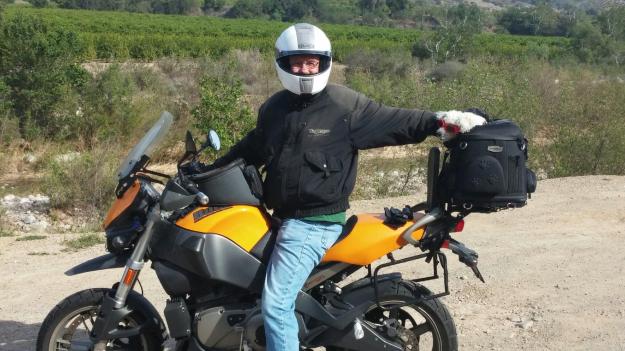 After he stopped laughing and I passed the breathalyzer test, he drove off and Boscoe and I went to the local pub for a Guinness.

…Dirt is for planting potatoes.”
So said a motorcycle racer, and good friend.

A long time ago I swore off going to funerals, like thirty years ago, but since that time I have been to two. Yesterday was number two.

When I first heard of my friends passing I, like everyone else I imagine who has had a friend die, did pretty much nothing but think of the good things about that person and how they influenced my life. Then I started thinking about everyone else within that circle of friends and how they impacted my life.

I started my motorcycle roadracing life in 1981 then took a few years off to raise a couple of kids. When I decided to get back into racing I headed out to my nearest track, Willow Springs International Raceway in Rosamond, California to figure what kind of motorcycle I wanted to race. As I wandered around the pits listening to bikes and racers stories I met Larry Cochran who then introduced me Danny Farnsworth who happened to be the ‘Race Director’. These two ‘gentlemen(?)’ through their powers of persuasion, enthusiasm and God knows what other powers they posssessd that day, convinced me that riding an old Honda 500cc single cylinder motorcycle would be the best way to get back into racing. For the rest of my life I will rue the day I listened to those two guys. 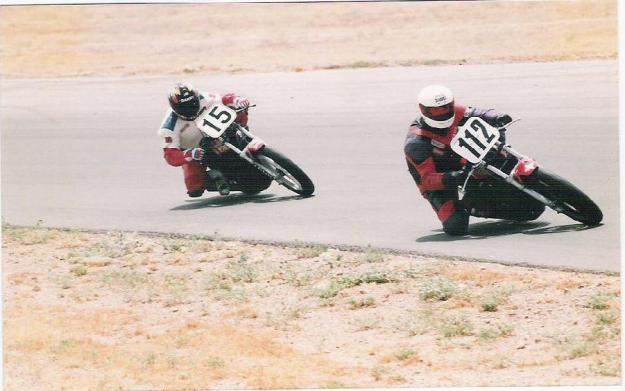 A couple of years later I came in second place in the class championship and while everybody else at that Championship banquet was thanking everybody for support, help,etc, etc…I got up there and blamed Larry and Danny for ruining my life. I could have raced a faster better bike, but instead I was racing this old Honda single and flogging it mercilessly year after year. But, here’s the thing, those ten years racing that Ascot with Danny Farnsworth, Larry Cochran, Scott Fabbro and Scott Spears, Carlin Dunne, Steve Allen and a couple others that came and went in the class were truly the best, most fun years I have ever had on a motorcycle. It was those ten years and that group of men that keeps everything else motorcycling in second place.

Yesterday was Danny’s funeral. A number of us former Willow Springs Motorcycle Club racers attended and swapped ‘Danny Stories’, reconnected with each other and left knowing that in the Golden Era of the WSMC it was Danny that cared more about the racers and their safety, even it pissed off someone, which often times it did. Danny had no problem pulling you off the track and telling you what a bonehead move you made, or there was a problem with your bike. It didn’t matter if you thought he was wrong, what Danny says goes. Period. We all benefitted from Danny’s overriding concern for our safety.

Danny Farnsworth was the type that when your bike broke and you needed a part, he would find one from somewhere or somebody, he would loan you one out of his own stock of spares.

When my son started racing I followed in Danny’s and Larry’s footsteps and put Kelly on an Ascot. As Kelly went through new racers school, Danny took him under is wing, which he did for so many young riders, and even though my son kept saying that Ascot was trying to kill him, Danny kept giving him support and encouragement. 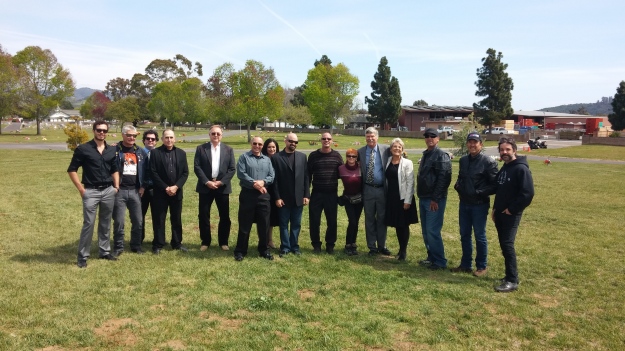 Those of us that got together yesterday did more than just say goodbye to a good friend and motorcycle racer but a man that gave so much to racing and racers. I owe Danny a lot, he convinced me to ride the worst racing motorcycle there was and have the most fun anyone could possibly have.

Adios my friend. Race in Peace.

Oh, and like you said at the end of every racers meeting “Keep the rubber side down and the shiny side up”, I still live by those words.